Neither fast nor particularly good-handling, it nevertheless represents some progress in American car design

Inevitable the introduction of a radically new domestic car is surrounded by a lot of hoopla. the hoopla over Ford’s Mustang II was particularly interesting to us; we have advocated small cars unceasingly, and finally a U.S. manufacturer was heeding the call to offer something sporty but not oversize. But when we were introduced to the Mustang II in Dearborn we – and many other observers shown the car at the time – were left rather cold. It was too large, too heavy, too Detroit; it seemed to miss the mark. We were spoiled by Ford’s own European effort, the Capri, with its compact size, crisp handling and reasonably light weight. By contrast the new Mustang was larger, heavier, less efficient in its use of outside dimensions for carrying passengers and luggage – and not nearly as sporty as the Capri.

But the product planners in the domestic industry know their market, just as those in Europe do; and apparently they decided that masses of Americans aren’t ready for a strictly European approach. There was also, they said themselves, the specter of forthcoming safety regulations hanging over the Mustang II’s design – something not so influential when the Capri was originally designed.

Whatever our hopes for and preconceptions about the new Mustang, it is what it is, it’s here and we have to say it’s progress. It isn’t conceivable, for instance, that when the original Mustang appeared nearly 10 years ago something with a 4-cylinder engine standard and a V-6 optional could have been considered sporty and youthful; yet that’s the Mustang II. The original Mustang didn’t have a tachometer or a 4-speed gearbox standard; Mustang II does. And to replace and existing car with one of the same name (save the Roman numeral) that’s far smaller and lighter has to be credited as a courageous, timely step for a big corporation like Ford to take. It remained, then, to select the most desirable version of the Mustang II, subject it to a full test and find out just what Ford has come up with to cater to the growing American market for a more rational sort of sporty car. That version is the fastback Mach I with V-6 engine and 4-speed gearbox.
The basic 3-door Mach I model includes the 2.8-liter German V-6 engine with dual exhausts, BR70-13 radial tires on styled steel wheels, dual remote-control outside mirrors, fold-down rear seats and identifying exterior trim. Our handsome silver test car had more: the optional wider CR70-13 radials fitted to 5-in.-wide alloy rims, « competition » suspension, power steering and brakes, air conditioning and the Ghia interior trim package – bringin the price tag up to $4500 and curb weight to a hefty 3120 lb, about $1000 and 700 lb more than a comparably equipped Toyota Celica, for instance.
Although the cam, valve train, rods and distributor are carry-over from the Capri’s 2.6-liter V-6, the 2.8-liter V-6 is otherwise new. Designers couldn’t satisfactorily achieve the 2.8 capacity by just stroking, so they bored also and this required a new block. Despite the size increase the V-6 is as mechanically quiet as its predecessor and it’s exceptionally smooth. Fan noise, however, distracts from the otherwise refined nature of the engine – above 4000 rpm it’s all too prominent – and we wish a viscous or electric drive had been used.

Even in its enlarged version the V-6 engine is hard-pressed by the amount of weight it has to pull around; and the Mach I lacks the eager response for which the Capri has been noted. The slow throttle linkage and awkward pivoted accelerator pedal have a lot to do with this impression, but with 1/4-mile times in the mid 19-second region the Mach I owner is going to find himself looking at the taillights of certain 4-cyl sedans.

Two weeks of over-the-road driving also brought out drivability problems not noticed on the pre-production V-6 Mustangs we drove at the proving ground. Our test car’s engine suffered from lean surge at light throttle openings and was reluctant to accept any throttle when cold, ballking and stumbling for several minutes when fully warm even though it started easily in our relatively mild ambient temperatures.

The transmission is the U.S.-built, Pinto-based 4-speed. Shifter action, like the engine, is reluctant when the machinery is cold (especially 1st gear) but is crisp and light when everything is warm. Gear ratios are identical with those of the Capri V-6 but the final-drive ratio is 3.55, vs 3.22 for the Capri, an attempt by Ford to compensate for the heaviness of the car. The weight, gearing and probably the emissions controls of our California-version car conspire to produce poor fuel economy: 16.5 mpg, hardly an appeal to anyone looking for relief from climbing fuel prices.

Market research, that ever-active designer of American cars, told Ford that Americans wanted the new Mustang to be a smaller car but plush and lavishly equipped; so every Mustang has cut-pile carpeting, Thunderbird-like seats and simulated woodgrain on dash, gearshift knob and parking-brake handle. The result is a pretty rich-looking interior, and for those who wish for more there’s a lengthy option list. When the opulent Ghia interior of our Mach I is ordered, seats are covered with a softer grade of patterened vinyl, color-coordinated (silver in this case) to the exterior and carrying contrasting accent stripes on both seat and back cushions. Door panels are trimmed with « wood » similar to that used on the dash, and larger European-inspired armreasts like those found on BMW’s are included; super-plush carpeting covers the floors. This interior is definately luxurious but a bit pretentious; we prefer teh more direct approach taken by the Capri.
In typical Detroit fashion, therefore, the emphasis is on effect rather than real comfort: the seatbacks don’t even adjust. Seating is low, as usual in sporty Detroit cars, and bolt-upright with driver and passenger squeezed between beamed doors on one side and the wide transmission tunnel on the other. You can buy this car as a 2-seater; with a rear seat even worse, Ford realistically calls the fastback with four seats a 2 + 2. Luggage space is also more appropriate to a 2-seater than a full 4-seater, and a fold-down rear seatback is available on all 4-seat models, standard on the Mach I and 2 + 2. With the rear seat folded the cargo area of the fastback, including only that volume below the head restraints in ther maximum extended postion to allow for rear vision, is increased by 18 cu ft.

Poor seating is combined with a big, low steering wheel leaving little thigh room underneath, and surprisingly in a car of sporting prestense the wheel is made of unpadded plastic. A padded wheel is available but it’s of the same large diameter. Our test car had the standard wheel but had a couple of interior « group » options, one an anti-theft pachage including an alarm, an inside hood release and a spare-tire lock, and the other a bunch of lights for underhood, glovebox, ashtray and map reading. The first group seemed useful – with the alarm set for action the horn sounds intermittently when the rear hatch is opened before the doors, for instance – but the second includes a set of buzzers that keep one from forgetting anything at the expense of driving one crazy.
A positive note is the seatbelt system, used of course with the mandatory ignition interlock. The Mustang II, like most new U.S. cars, has the satisfactory combination of ratchet retractors for the lap belts with the shoulder belts on inertia reels. Regardless of how one feels about the interlock, 1974 is seeing some belts that are convenient to use and we hope they will induce reluctant Americans to use them.

Ventilation is another Mustang II strong point. Our test car had air conditioning, which was effective and well integrated, but there was also plenty of fresh-air supply to cool the car in mild weather without resorting to air conditioning.

Our test car had the « competition » suspension option with stiffer-than-normal springs, larger front anti-roll bar and added rear bar, and Gabriel adjustable shocks. With this combination the Mach I becomes a reasonably good-handling car despite its 58% fornt weight concentration. The bars help it corner « flat » althoughthe extreme fornt weight leaves it with equally extreme understeer at the limit. In more gentle driving it seems more neutral. In our new slalom test we found it possible to get the Mustang’s tail out a bit only with abrupt and exaggerated reverses in steering lock; with such stability it did quite well.

In ride the Mustang II is considerably more refined than the Pinto from which it springs, but the ride is far from first-class. Our Mach I, with its adjustable shocks set at their softest setting (this is the way they come from the factory), had a bad case of front-end float whereas the one we drove at the proving ground felt much more taut with its shocks adjusted to the hardest setting. Since the shocks can be adjusted easily on the car, we recommend this change to improve handling fell with little increase in ride harshness. At the rear there’s a typically (again) American lack of suspension travel – but at least the hopping axle of old Mustangs is gone because of staggered mounting for the rear shocks.

Mustang IIs can be ordered with power assist for their rack-and-pinion steering, a first in U.S. cars, and with that intimidating front weight bias it’s wise to order it – at least if you ge the V-6 engine and any of the heavier option items. Our car had it; a loss of road feel accompanies the lightened effort. But the power steering is much quicker than its all-manual counterpart and we recommend it, somewhat reluctantly, as without it the Mustang II steers hopelessly sluggishly.

Radial tires are part of the Mustang II concept; our car had the largest 70-series size, which must be ordered with the V-6 and air conditioning. On this car they were Firestones of a soft-riding type that make a strange hissing noise in cornering – the Chevy Monte Carlo we tested last year had this same tire design and the same hissing noise.

Except for a bit more fade than we like to find in a sporting car, the vacuum-assisted disc/drum brakes of the Mustang II scored high marks in every department. They take just about the right amount of pedal force for our tastes an stop the car in short distances from highway speed with good directional control. Another recommendation: by all means order the vacuum-assist. Without it the braking is too heavy and it improves the brake-to-throttle pedal relationship for heel-and-toe downshifting.

It would be unrealistic to expect Ford Dearborn to produce a European-type sporty car. Instead they’ve come up with a distinctively American interpretation of a sporty, compact car. A long option list is part of the theme, and unfortunately the car’s great weight and poor balance make some of those options virtually necessary; hence there’s little chance of getting a light, direct and simple sort of sporty car out of the deal. If that’s what you want, get a Capri. On the other hand, if you’re not bothered by such considerations you might like the Mustang. It is solid, well-built, quiet and plush – and not at all unpleasant to drive on the road as long as you don’t ask too much of it. As for us, we prefer the Capri. 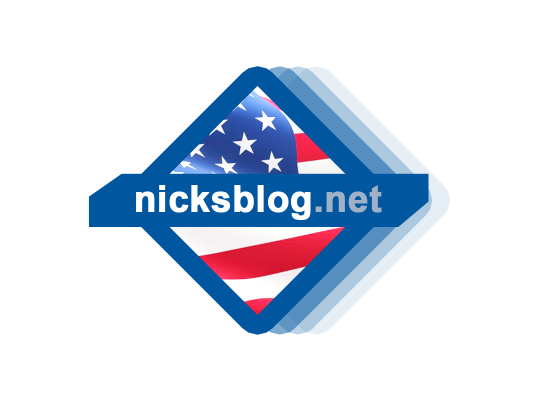